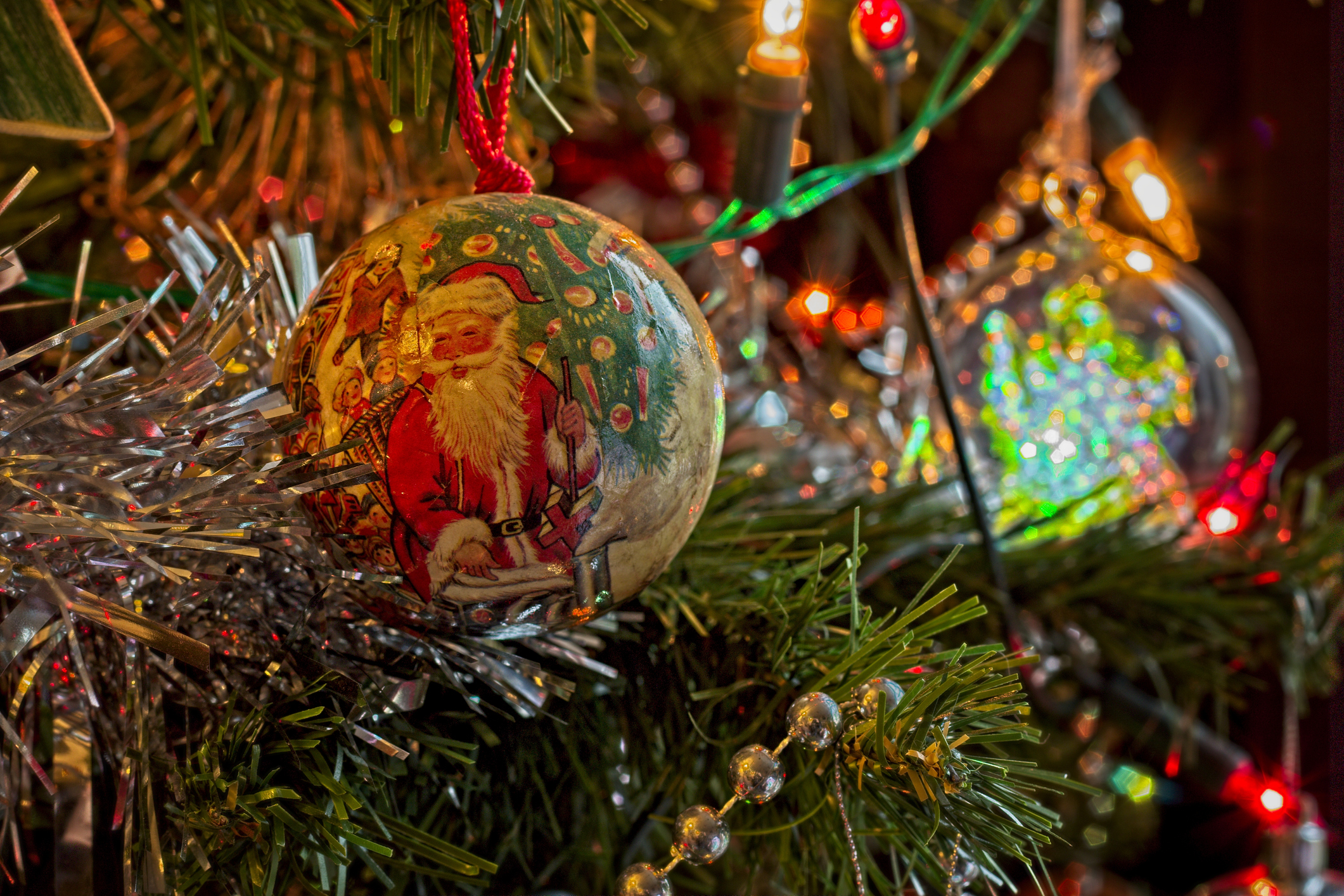 What do you get for the person who has everything? A solid answer would be something unusual, perhaps something that only exists in small quantities. Collectors and hobbyists seek out these gems, and they will be grateful if you save them the search. For the Hallmark enthusiasts in your life, check out this list of ten rare Christmas ornaments.

The real-life Goodyear Blimp is hard to miss. Look up at any sporting event and you can probably make out an enormous zeppelin shape in the sky. The Christmas tree decoration version, on the other hand, is rare. Hallmark only made them available at Goodyear dealerships as part of a partnership.

Tracking down the elusive “Spirit of the Holidays” Goodyear Blimp ornament is a major win for any Hallmark lover. It can also be a win for people who just really like the Goodyear blimp.

There are Hallmark devotees, and there is the Keepsake Ornament Club. People who enroll for membership within this elite group receive all kinds of perks — including access to new and exclusive ornaments every year.

The 2013 Season’s Treatings repaint is an example. It might simply look like an ornament of Santa’s face next to a cute cookie platter, but it is genuinely special. Hallmark only produced 225 of them for the 2013 KOC event in Kansas City, Missouri. You could only get them at one place at one time. That is, until now.

A Charlie Brown Christmas has endured as a timeless holiday staple since its first airing in 1965. Four decades later, Hallmark commemorated its release with the gorgeous 2005 Peanuts Christmas Pageant ornament. This unique decoration is not just a sculpture of everyone’s favorite Peanuts characters recreating the Nativity. It comes with lights and sounds, powered by batteries.

The company designated it as another Keepsake Club exclusive, which means only a few were ever produced. Gifting this to an ornament collector can brighten their holiday, just like rewatching that special.

Keepsake Club meet-ups are not the only mass gatherings where Hallmark gives out rare Christmas ornaments. The 2011 Barbie Shoe-Sational ornament, for instance, debuted at that year’s National Barbie Doll Collectors Convention. It only makes sense that a toy line with a long history of collectible versions and accessories would have such an avid following like that.

Unlike typical Barbie shoes, this high heel-shaped tree dangler cannot be found at just any store. Only 500 were made for the big event. This makes the Barbie Shoe-Sational ornament a great present for the Hallmark or Barbie fans in your life.

The passage of time can add value to the most mundane objects. Consider how nostalgia can make childhood scribbles into cherished mementos, or how archaeologists devote their careers to studying ancient and otherwise banal trinkets.

The principle applies to mass-market commodities, which manufacturers produce for a short time before replacing them with the next big thing. Those that last, especially those kept in mint condition, become treasures of the past. That is how an adorable yet ordinary ornament like the 1975 Girl with Baby Ducks becomes a rare and desirable collector’s item.

Even if you take away its 2013 Hallmark Christmas Keepsake Ornament status, the 2013 Hogwarts Castle — Magic ornament can still be enchanting to fans. We are not just talking about fans of Hallmark ornaments, of course. Legions of people continue to obsess over Harry Potter, his books, and his films.

This ornament, based on the fantasy school where Harry and friends go on many of their adventures, is for them. A push of a button fills the room with “Hedwig’s Theme,” the wondrous John Williams piece that became the sound of magic.

Among other things, Comic Con is one of the year’s biggest events for new merchandise. Pop culture brands break out unique collectibles for the thousands of fans in attendance. Many are exclusive to the convention, and some are only released in limited numbers. For instance, only 100 lucky people could get their hands on the 2016 Comic Con Rainbow Brite ornament.

On the plus side, plenty of Comic Con visitors end up selling their merch online for various reasons. If you know any Rainbow Brite fans, this extremely rare decoration can make their Christmas.

The 2015 Hallmark Destination Keepsakes National Event featured many one-of-a-kind ornaments from the company. Among them was the adorable 2015 Fairy Messenger Event Repaint decoration. Allegedly offered as a prize, this cute pixie statuette is now a coveted prize for collectors of the Fairy Messenger series.

Its attachment to this fleeting event is responsible for the low production numbers. It is also responsible for the high value that Hallmark enthusiasts place upon it. In short, the repainted 2015 Fairy Messenger can make for a lovely gift to any fans of rare Christmas ornaments in your life.

Here is the story: a full quarter-century ago, Hallmark released its annual “Dream Book” for Keepsake Ornament Club members. One picture showed a figure shaped like a retro jukebox. Despite the promotion, they could not sell it that year. The jukebox was supposed to play “Rockin’ Around the Christmas Tree” by Brenda Lee, but the licensing deal stalled until the year after.

Almost every Jukebox Party ornament you find is dated to 1996. Less than ten bear the originally slated release year, and they never sold in stores. The 1995 Jukebox Party is a holy grail for Hallmark collectors.

The strange thing is that Hallmark never issued this version of the rocking horse. Former employees brought what few copies still exist home with them. Now that some are on sale online, you can bring home an unusual piece of Hallmark ornament history with you.

Finding rare Christmas ornaments can be incredibly difficult. Otherwise, they would not be considered rare. The Hallmark fans at Hooked on Ornaments strive to make the search easier for hobbyists, as well as friends of hobbyists looking for unique gifts. That is why we compiled our selection of rarities in one convenient page. You are certain to find something in that inventory that you never expected to see.