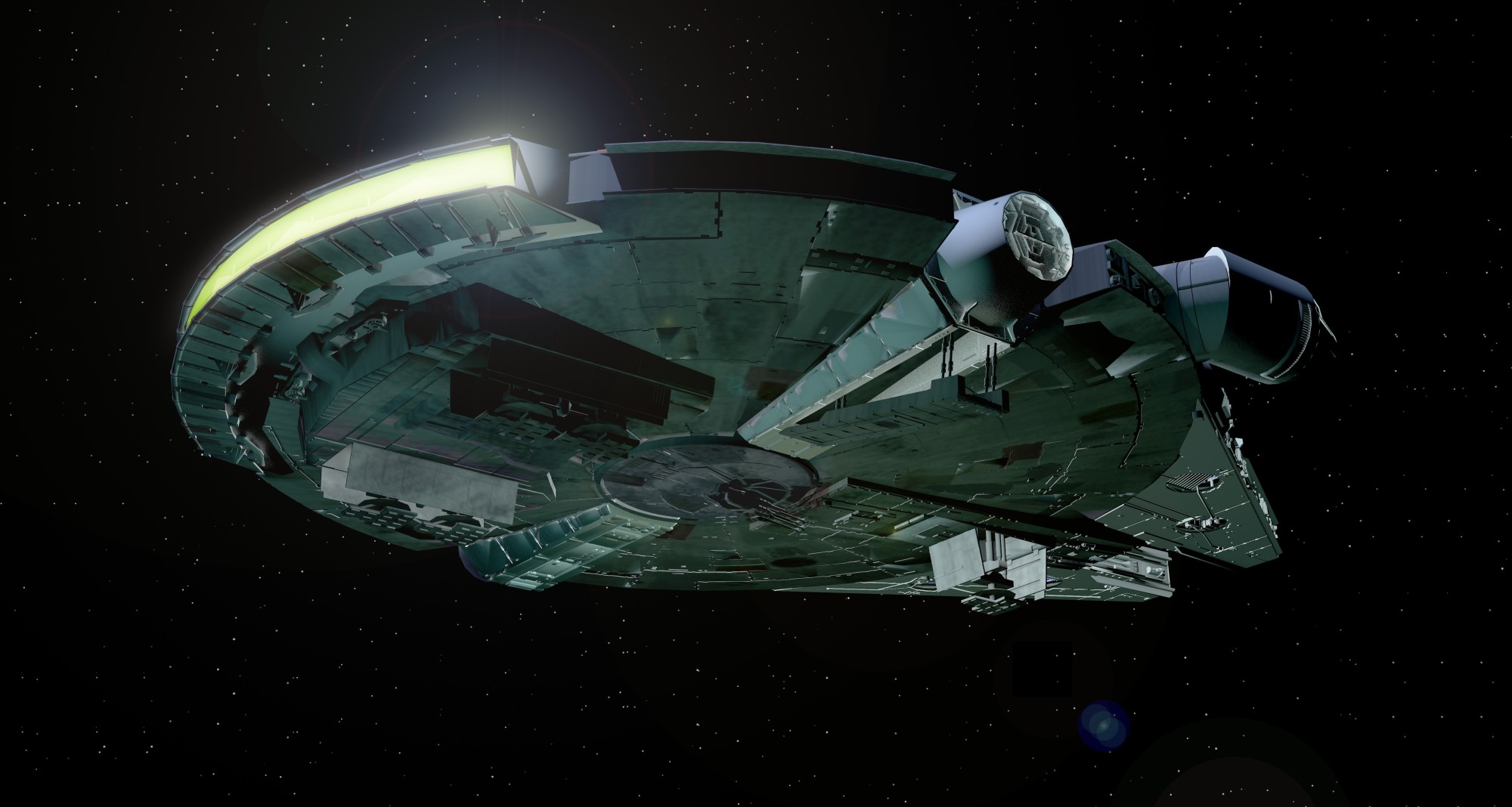 Did you know that Star Wars memorabilia is so popular that it was once reported that the small South Pacific nation of Niue would accept Star Wars coins as legal tender? The iconic series has created fans around the world who love their memorabilia, no doubt.

But, there’s nothing quite like getting into some new Star Wars Christmas ornaments, whether they’re brand new and based off of The Rise of Skywalker or they’re more vintage and classic in style.

Adding Hallmark Star Wars ornaments to your tree this Christmas isn’t just about festive cheer. It’s about collecting little Hallmark treasures that serve as unique memories and little works of art. Plus, they just look cool, don’t they? Here’s your guide to a Star Wars Christmas.

What to Know About Hallmark Star Wars Ornaments

These ornaments are popular amongst Hallmark ornament collectors as well as fans of Star Wars. It’s in part due to the fact that the collections, like the saga, span decades. This means that you’re never strapped for choice in terms of style, size, and theme.

From the classic characters you know and love from the original Star Wars trilogy, such as Luke Skywalker, C-3PO and R2-D2, plus Darth Vader himself, you can find vintage Star Wars ornaments that will make any Christmas tree feel the force.

Since 1997, Hallmark has released official Star Wars Christmas tree ornaments. Because they are official Hallmark ornaments, you’ll find that they’re a little pricier but well worth it for the authenticity you’re receiving and the sheer fact that they’re true memorabilia.

Miscellaneous Star Wars ornaments aren’t part of the “official” series but they complete any full theme you’re trying to create when it comes to Star Wars Christmas decorations. In this collection, you’ll find ornaments such as miniature Star Wars vehicles, little Ewoks, and even cute renditions of Yoda.

And, the Star Wars Storytellers are where the magic of the movies comes to life. With these unique Christmas tree ornaments, you get a decoration and a show. They’ll come with a unique light show and corresponding dialogue and sound effects from the movie.

What’s the best Star Wars Christmas tree ornament? It depends on what you’re looking for. Whether you’re after something truly classic, something rare, or something that completes a unique scene you’re constructing from your favorite film, here are our top picks: 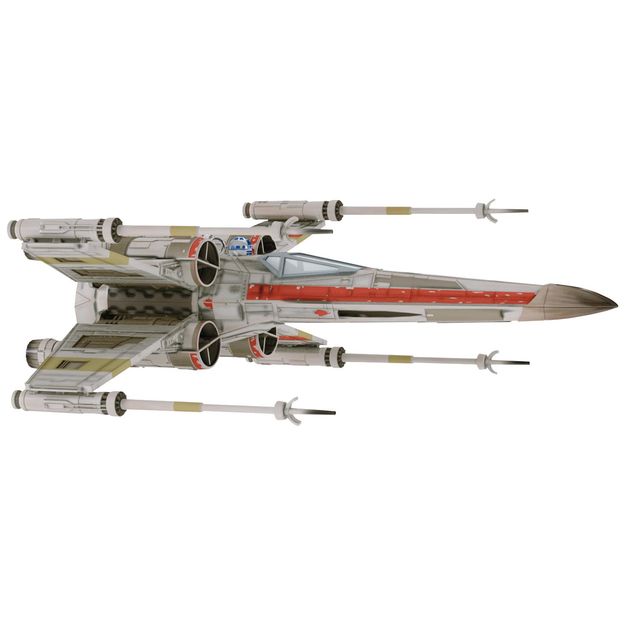 As mentioned above, storyteller ornaments, well, they tell a story. And, few are cooler than that X-Wing Starfighter ornament. It’s one of seven different ships produced by Hallmark to commemorate the story told in Star Wars: A New Hope.

With 127 different possibilities of the story that’s told through the dialogue and unique sound that comes from the ornament, it’s a great option for a fan who loves surprises. And, if you’re able to collect all seven, you’ll enjoy a full nine-minute light and sound-filled show. 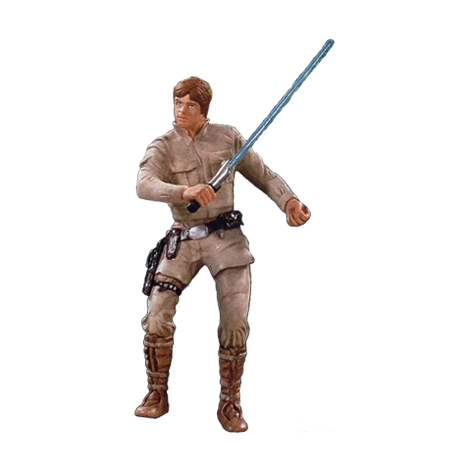 If you’re working on creating a consistent Star Wars theme with Christmas decorations all over your tree, doors, and home in general, you’ve gotta have the 1997 collectible Luke Skywalker ornament.

Not only does it make a great addition to any full set, but it’s one of the very first Star Wars Christmas ornaments that Hallmark produced. This means that it’s the perfect Christmas gift for someone who loves vintage Star Wars memorabilia. 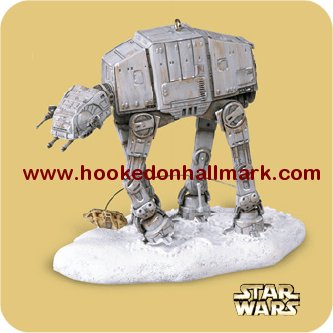 It’s not all about Luke Skywalker, cute baby Yoda decorations, and fun Boba Fett helmets. To add a bit of edge to your Christmas tree decorations, definitely consider a Snowspeeder. The 2006 version is a perfect size, standing at about four inches high.

And, it gets even better. Real Star Wars fans will love the fact that the ornament comes with a button you can press to listen to actual sounds of the iconic battle taking place from the film Star Wars: The Empire Strikes Back.

If you’re more of a fan of classic Hallmark ornaments and collecting rare memorabilia in general then we’ve got the perfect Star Wars Christmas ornament for you. The 2009 Shock Trooper & Shadow Trooper ornament is extremely rare.

In fact, if you’re able to snag one this holiday season then you’ll be one of only 700 people to enjoy this unique ornament. Hallmark originally created the ornaments as part of the year’s San Diego Comic-Con event. When purchasing, you’ll receive the ornament in the original box with a number indicating which in the series of 700 you own. 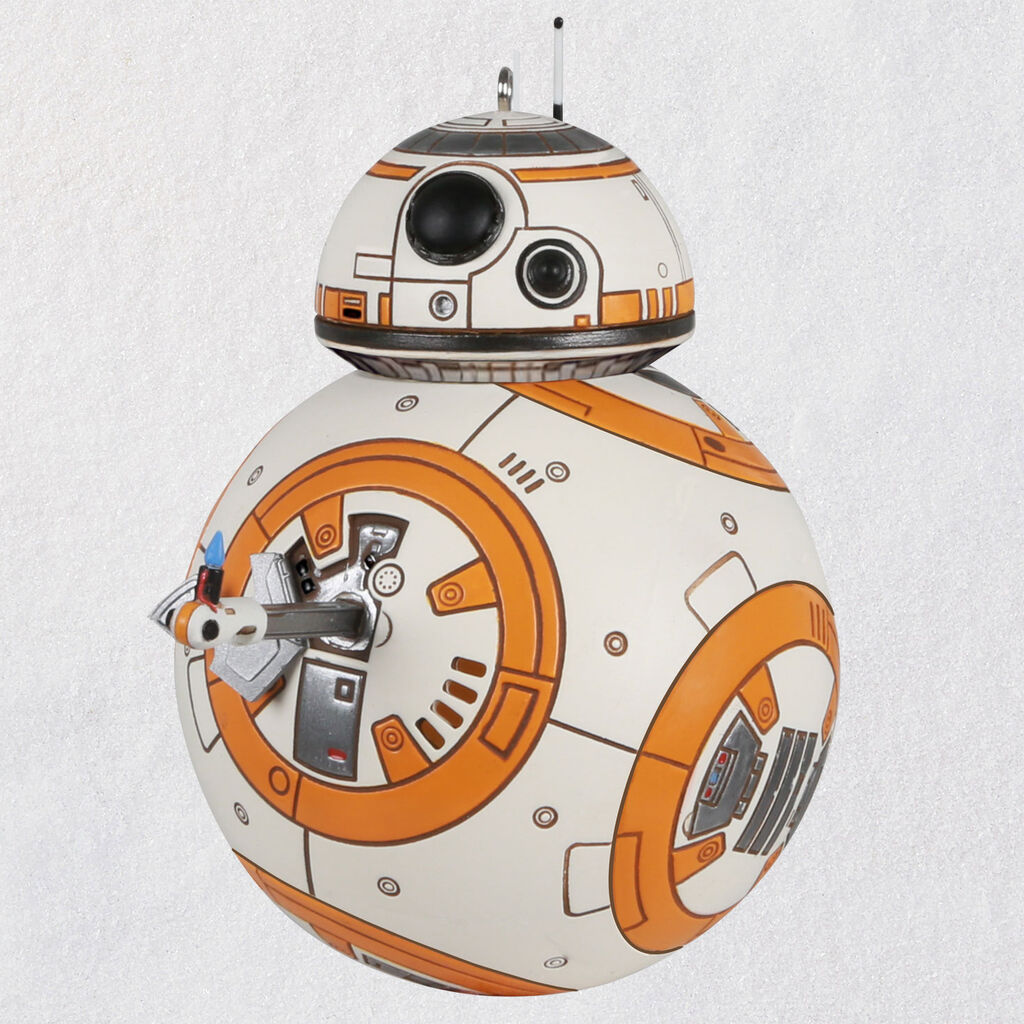 It’s hard to draft up a list of the best Star Wars Christmas ornaments for 2020 and not mention one of the most recent characters. BB-8 is a must for any modern Star Wars fans looking to increase their ornament collection with one of the series’ newest characters.

And, the 2020 ornament comes with a button you can press to hear some of BB-8's iconic sounds from Star Wars: The Force Awakens. It’s one of our hottest ornaments for the year with shipping available from July.

As a fan of Star Wars, it’s hard to resist the urge to trim the tree with some of Hallmark’s most classic Star Wars themed Christmas ornaments. However, you can deck the halls with more than just tree ornaments.

Add to the allure of your Hallmark Star Wars ornaments and continue the theme throughout the entire house. Choose from festive decorations such as a black pre-lit galaxy wreath to a fun Chewbacca Christmas stocking.

Don’t see what you’re looking for? We get new collectibles and classic Hallmark ornaments in all the time. Feel free to contact us and let us know what you’re in search of and how we can help you complete your Star Wars ornament set this holiday season.